← more from
Joyful Noise Recordings
Get fresh music recommendations delivered to your inbox every Friday.
We've updated our Terms of Use. You can review the changes here. 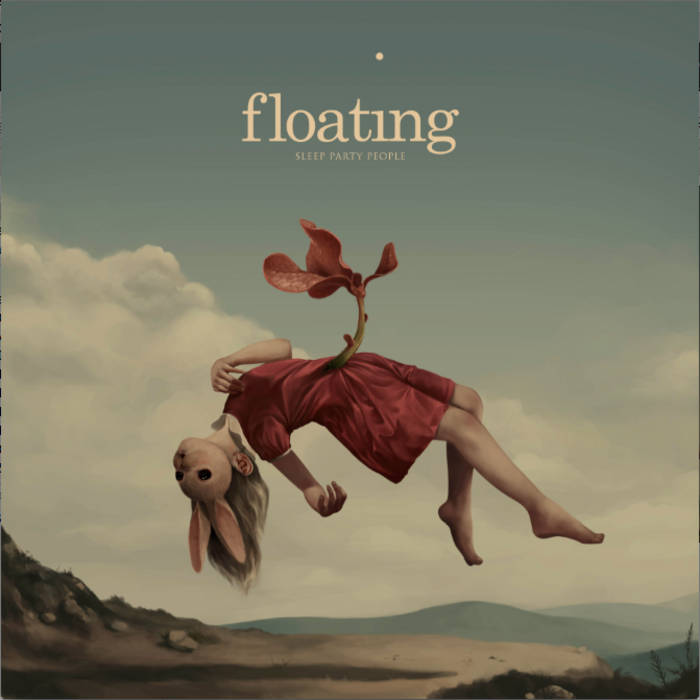 “As a sonic architect, Batz proves to be something close to a Genius ... Wonderful" - The Sunday Times

Sleep Party People has confirmed details for a new album. The new record ’Floating’, will be released on June 2nd through Blood & Biscuits (part of the Pink Mist collective of DIY labels).

The first track to make it’s way online is the disorientating ‘In Another World’. Sounding like the sonic version of falling down the rabbit hole, it’s a gloriously macabre offering with strings swirling around thick basslines to create a mood that - for those already in the know - is unmistakably Sleep Party People, but more potent & forceful than ever before.

Sleep Party People is the brainchild of Brian Batz, a Danish multi-instrumentalist with a boundless imagination. Taking as inspiration the work of Boards Of Canada, David Lynch and Erik Satie, Batz found the sound of the old battered piano in his apartment, coupled with a freaky electronic alteration of his recorded voice, created an eerie, hypnotic sound.

With his other worldly signature sound in place, this one-man home recording project started to take shape back in 2008, the collection of weird and haunting melodies he created forming the basis for Sleep Party People’s self-titled debut album (2010) and the widely applauded unsettling beauty of ‘We Were Drifting On A Sad Song’ (2012).

This time, though, Batz is not drifting, he’s floating.

In February 2013, armed with one rough sketch of a track on his laptop and a head full of ideas, Batz travelled to San Francisco to work with Jeff Saltzman (The Killers, Morrisey & Blondie) and Mikael Johnston (The Sounds, Jane's Addiction). One month later, he returned to Copenhagen with the nearly-completed third album, ‘Floating’, on his hard drive.

“The whole feel of the album is very different from the two earlier releases. It's 100% hand-played and totally organic and analog” Batz explains. “I wanted it to sound more like a band than a one-man-project this time.”

For the most part casting aside the eerie murmuring vocals that have thus far been a Sleep Party People trademark, ‘Floating’ sees Batz simplify his work, cutting down on the number of layers and effects, taking inspiration from the less complicated recordings of “the good old days” and limiting himself to 24 tracks on each song. The result is a more focussed, melody driven record that channels the deliriously macabre moods SPP’s music conjures and molds them into some of his most concise, direct and powerful work to date.

“It was a very different way of working for me, but an approach I learned to love during the whole process.” He adds: “The feel and the sound on the album is way different from any other SPP album you've heard, but I believe that you can still hear that I'm the songwriter and that I have a specific way of writing songs.”

Side B
6 I See The Sun, Harold
7 I See The Moon (Feat. Lisa Light)
8 Only A Shadow
9 Scattered Glass

Bandcamp Daily  your guide to the world of Bandcamp